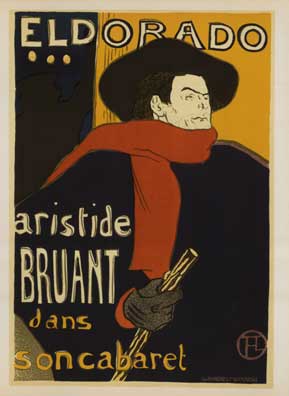 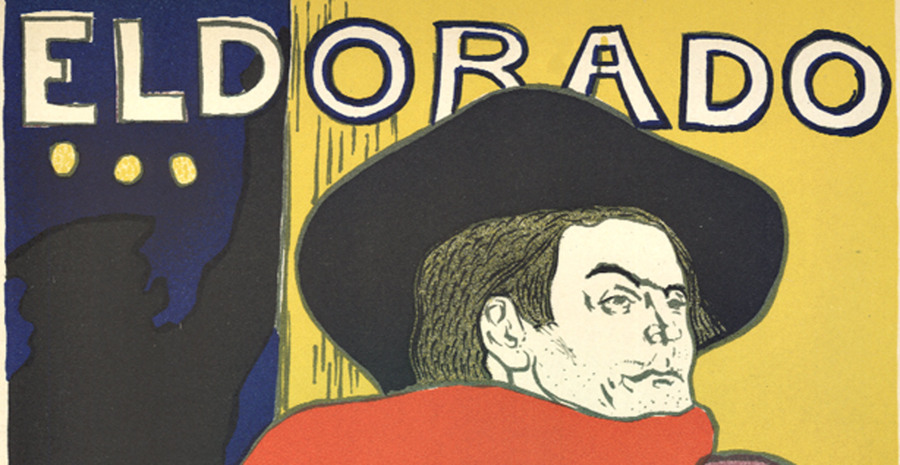 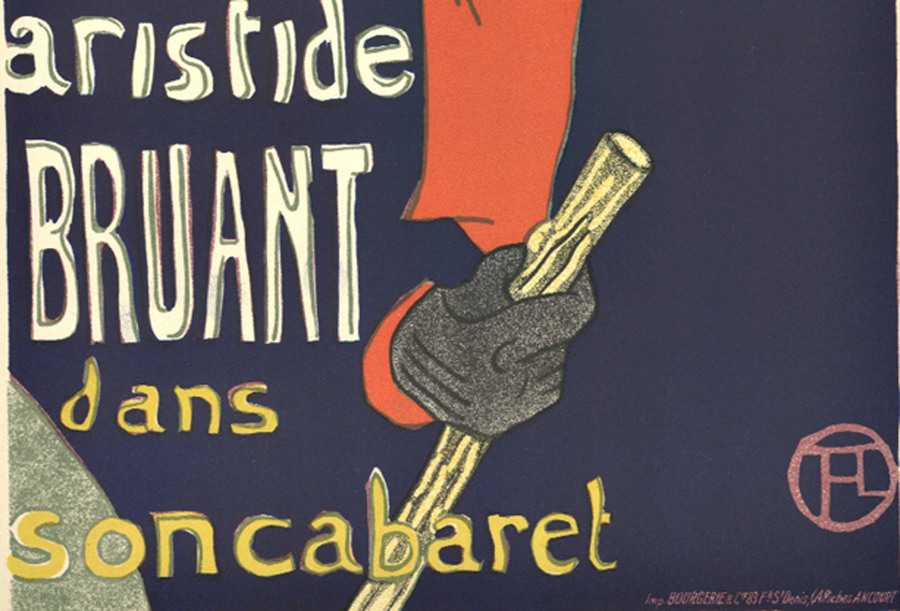 7754
In 1891, Toulouse-Lautrec decided to investigate the potential of lithography. Working with Pierre Bonnard's lithographer Ancourt, he learned the craft from the bottom up - and within months, brought it to an unprecedented artistic zenith. He managed to cram some 400 lithographs into the remaining ten years of his life, 31 of which were posters, and all of which were the cream of graphic design. His masterpieces define the limits of poster style: where Jules Chéret epitomizes a completely external, impersonal viewpoint, Toulouse-Lautrec is the embodiment of internal, personal vision with a point to make - not, to be sure, a moral judgment, but rather an amused, wry observation on the passing scene.
Once he became immersed in Paris nightlife, entertainers became his primary subject matter, but he was also known to create portraits and caricatures for many of his friends. He skillfully used lines and color to subtly imply background or props for his characters, and these touches incorporated reality with the already present warmth and charm in his posters.
This is a 6 color lithograph reproduction (1950) of a poster Lautrec designed for Aristide Bruant in 1892. It is the reverse design of "Ambassadeurs," with a different color scale.