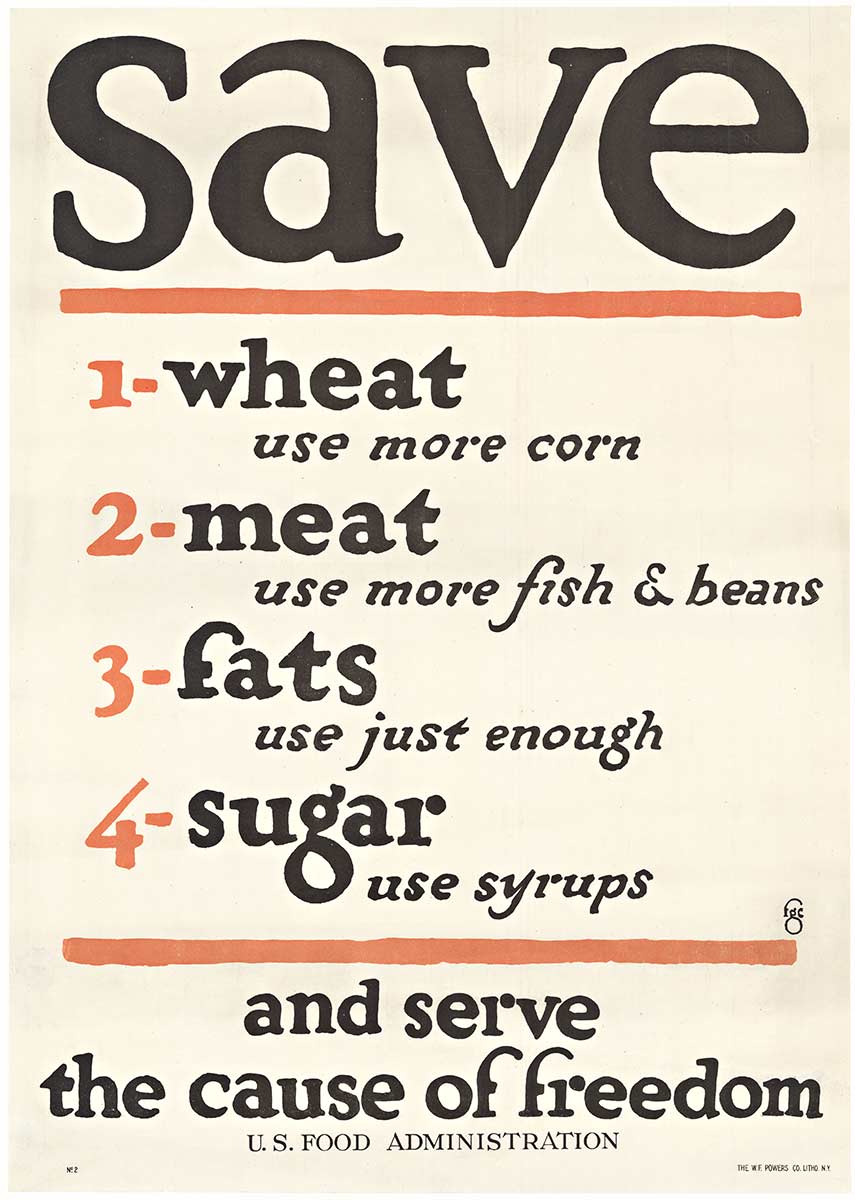 5791
Original WW1 poster: SAVE AND SERVE THE CAUSE OF FREEDOM.
Signed RGC. Rationing during the war: In addition to meat and eggs, Americans were urged to cut back on wheat, the single most vital food item, and to eat corn and barley instead, which were in good supply.

While Hoover preferred the emphasis on the "spirit of self sacrifice," he also had authority to coerce. He set wheat prices, bought and distributed wheat. Coercion plus volunteerism produced results. By 1918 the United States was exporting three times as much breadstuffs, meat, and sugar as it had prior to the war.

To achieve the results, the Food Administration combined an emphasis on patriotism with the lure of advertising created by its own Advertising Section. This section produced a wealth of posters for both outdoor and indoor display. One proclaimed: "Food is Ammunition-Don't waste it." Another featured a woman clothed in stars and stripes reaching out to embrace the message: "Be Patriotic sign your country's pledge to save the food." A third combined patriotism with a modern healthy diet message. At the top, the poster encouraged readers to: "Eat more corn, oats and rye products-fish and poultry-fruits, vegetables and potatoes, baked, boiled and broiled foods." At the bottom, the poster concluded "Eat less wheat, meat, sugar and fats to save for the army and our allies." All of these posters, now part of Record Group 4, the Records of the U. S. Food Administration, testify to the intent of the government to mobilize the food effort during World War I. As much as possible, it did so under a banner of volunteerism, rather than coercion. In doing so, the Wilson administration created a program that did affect the everyday lives of Americans during World War I.

An executive order of August 21, 1920, terminated the remaining branches of the U.S. Food Administration.