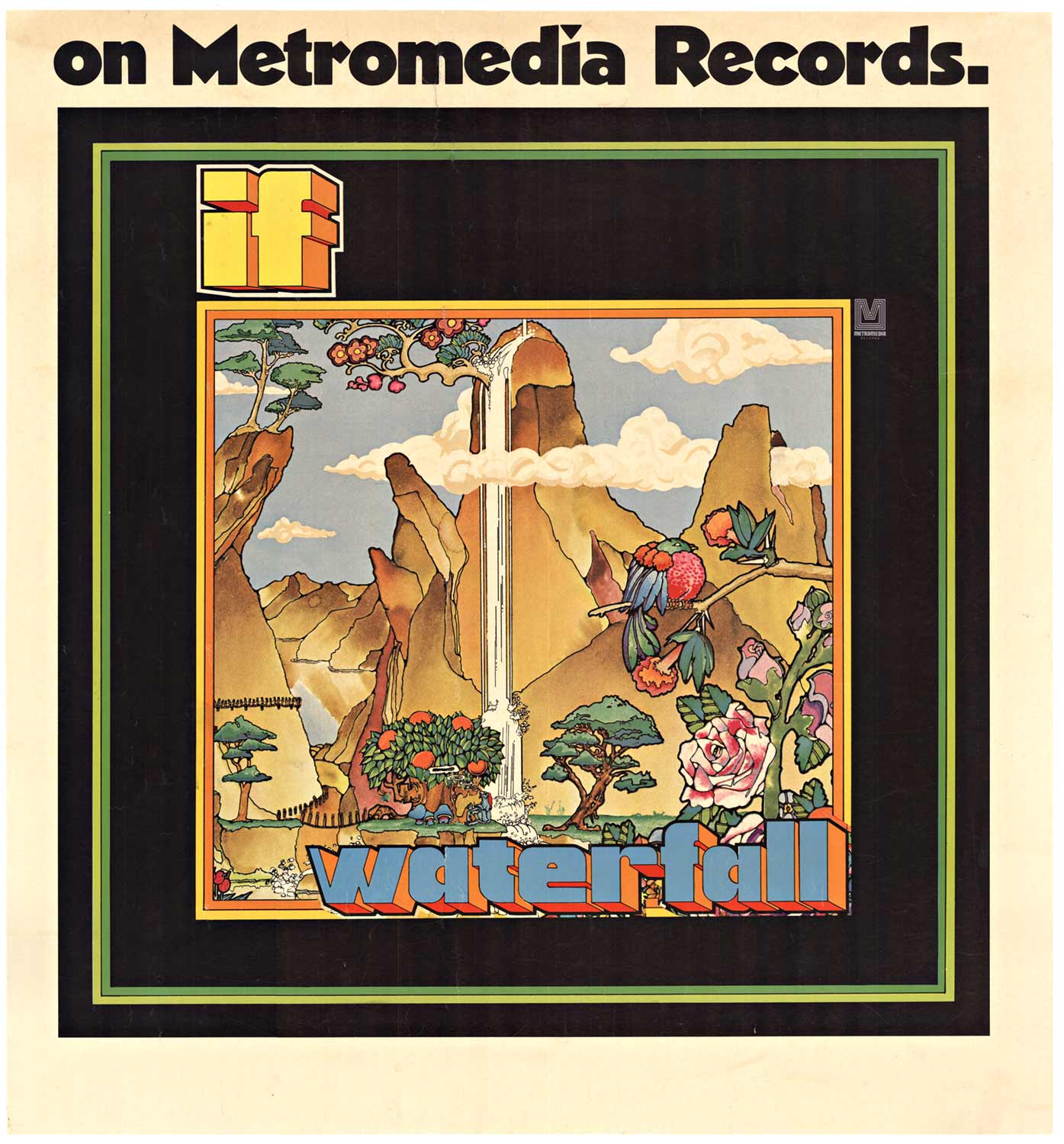 11282
Original Poster: WATERFALL by the IF Band.

Unlike the band's first three albums, "If 4" was not released in North America

On Metromedia Records, Waterfall by the band IF. Very rare music poster. Linen backed and in very good condition.
If was a seminal band formed in 1969 as Britain’s answer to the pioneering U.S. bands Blood, Sweat and Tears and Chicago. Unlike these groups, however, If did not have a trumpet or trombone player but instead featured two saxophone players. Essentially a live band, true to its strong jazz influences, If was one of the few jazz-rock groups, both then and now, to feature solos by all the band members, not just by the lead instruments.

The definitive seven-piece line-up for the first incarnation of the band, with a more jazz-rock-oriented style, and which appears on the first four studio albums, as well as a live recording, was J. W. Hodkinson on lead vocals, John Mealing on keyboards, Jim Richardson on electric bass, Dennis Eliott on drums, with Dave Quincy on alto and tenor saxes, Terry Smith on guitars, and Dick Morrissey on tenor and soprano saxes and flute.